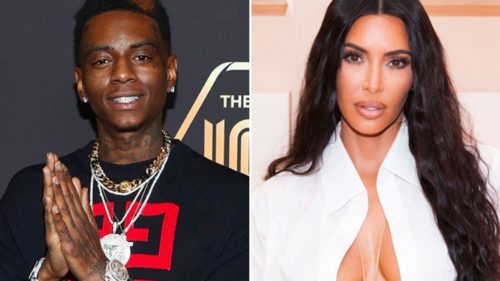 It appears that Kim Kardashian set social media on fire with her latest tennis-themed thirst traps on social media. Following a couple of outbursts on the final episodes of Keeping Up With The Kardashian Show, and the new of Kanye’s new relationship with supermodel, Irina Shayk, sources have it that Kim has been doing really good.

Solja, who has been making headlines since his come back took to his Twitter page to comment on Kim’s photo. 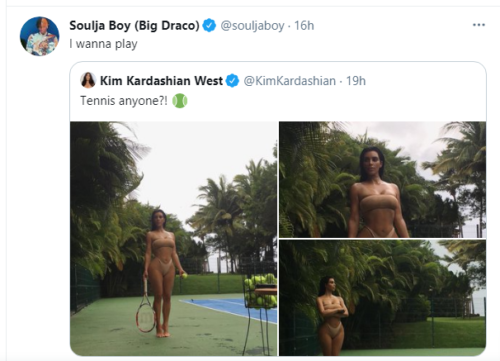 Recall, Soulja Boy’s previous claims that he was the one who introduced Quavo of Migos to Travis Scott has to turn out to be true.

During an interview with the L.A. Leakers, Migos spoke on the rap Mount Rushmore topic that was recently trending, and Quavo was asked if Soulja Boy was telling the truth about him introducing Quavo to Travis Scott.

Quavo we got Soulja Boy coming up here next week ima talk shit to him if he was capping, did you really meet Travis Scott at his house or is that cap? asked the Power 106 host.

The n*gga ain’t lying. They say Soulja Boy ain’t lying, okay. He’s telling the truth, he telling the truth. We was, you know, finna work with Soulja and Travis was just kicking in the corner, I ain’t even know who he was I thought he was like, I was like who the f*ck is him, and Soulja was like ‘You don’t know him? That’s Travis Scott’ I said ‘Swear?’ and then it happened. said Quavo.