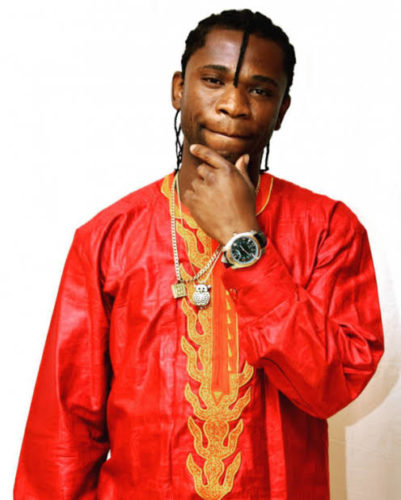 Speed Darlington has been expressing his wishes to become the next president of Nigeria in 2023 ever before he finally came to Nigeria which many have been finding hilarious.

The musician however took his ambition a step further at Zlatan’s “Zanku To the World” concert as he campaigned on stage. He promises good health care and a more hilarious proposition. He says if voted as Nigeria’s next president, people wouldn’t face any more intimidation from soldiers when they wear the camouflage. He says he would pass it into law that people can wear freely the army camouflage without being disturbed by anybody.

People exclaimed loudly at his promises, though he wasn’t still taken seriously by many. Is Speedy here to turn the fortunes of Nigeria around?? We wait…

“Speed Darlington Commences 2023 Presidential Rally In Lagos || Watch Video”, 5 out of 5 based on 2 ratings.