“Spirit” – “Is Olamide’s New Song A Potential Hit Banger Or Just Another Thrash That Will Be ‘Swept Under The Carpet’? 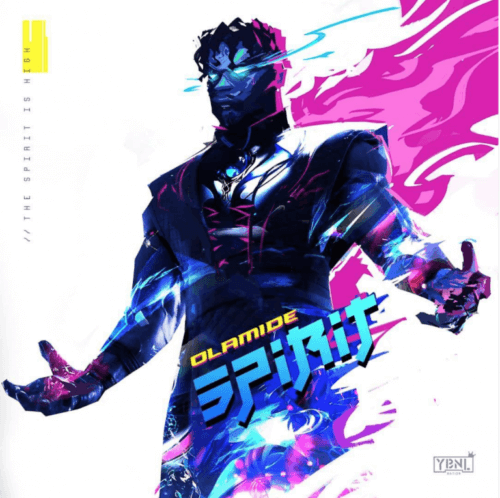 Olamide has exercised his diversity and versatility when it comes to music yet again as he dropped a new groovy tune titled “Spirit” on Friday, 19th of April 2019.

This song comes with a really different vibe and one that even the greatest of socerers might not be able to predict will be released from the well equipped music store of Baddo.

The song which is backed up by the infectious Pheelz’s beat has Olamide talking about his struggles, how it was predicted that he will overcome them and achieve success.

Olamide also talks about the mystery of his purpose in life and how he has refused to “downgrade from god to human.” Talking about the “downgrade from god to human thing,” i am findind that a bit difficult to comprehend. But could he be talking about his might in the music industry and how almost invincible he has become? I’d leave that for Olamide and others to judge.

Going back to “Spirit,” Olamide has been able to score a potential hit just because of the fresh vibe he brings on it.

However, some still believe “Spirit” is nothing to write home about and feel the song has now pulled him down from a god he used to be and now to a ‘man’. They feel the song is a new version of the many thrash he served us with in 2018. Do you agree with the idea in the last paragraph?

Is Olamide’s new song a potential hit banger or just another thrash that will be ‘swept under the carpet’? Share your thoughts below.

Nifemi is a graduate of the University of Lagos. He's a unique user of the pen when it comes to the expression of whatever. He is editor-in-chief of the organization and also a writer of news, articles, editorials and a lot more to help expand the level of knowledge of the readers and simultaneously have them entertained. A lover of music and football is who he is and a Man Utd die-hard.
Submit your comment
23 total comments on this postSubmit yours