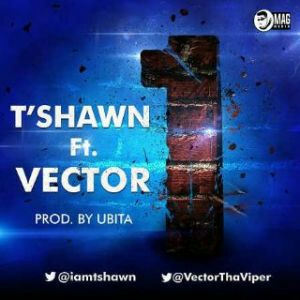 T’shawn is no doubt the next big thing coming out of the southern region of Nigeria, with just few weeks after the official premiere of his video which recently trended in Nigeria and the UK, the Kpong Mkpo Odo crooner who is popularly known for his skills and vocal delivery decides to update the playlist of his growing population of fans worldwide with a new single which features one of Nigeria’s most outstanding lyricist “Vector”.

With the release of a snippet to his yet to be premiered street banger “It’s Ok”, lots of fans and lovers of T’shawn’s music were actually expecting It’s Ok to drop soon but he has decided to release this classic tune titled “One”.