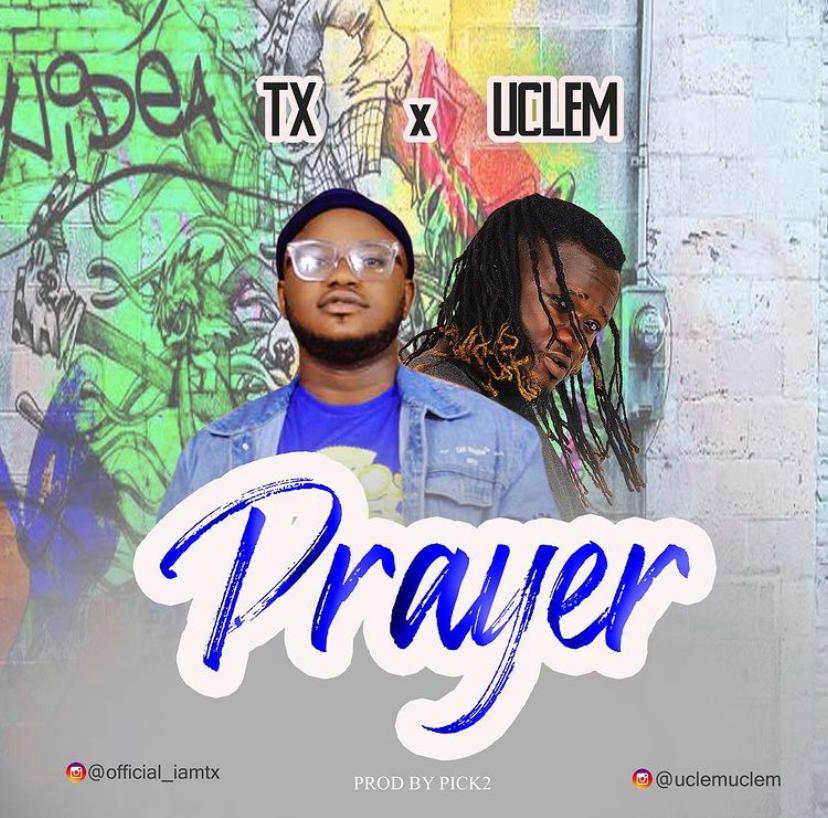 South-South fastest rapper TX has done many notable songs, Now he is back with a banger titled “Prayer” featuring a sensational musical artist Uclem who has also been doing well in the music industry.

“Prayer” is a motivational song for every individual aspiring success in the nearer future. it’s a song that entails a lot of positivity, mixed and mastered by Pick2.

Nevertheless, we are expecting more songs from TX Soonest. Enjoy PRAYER below