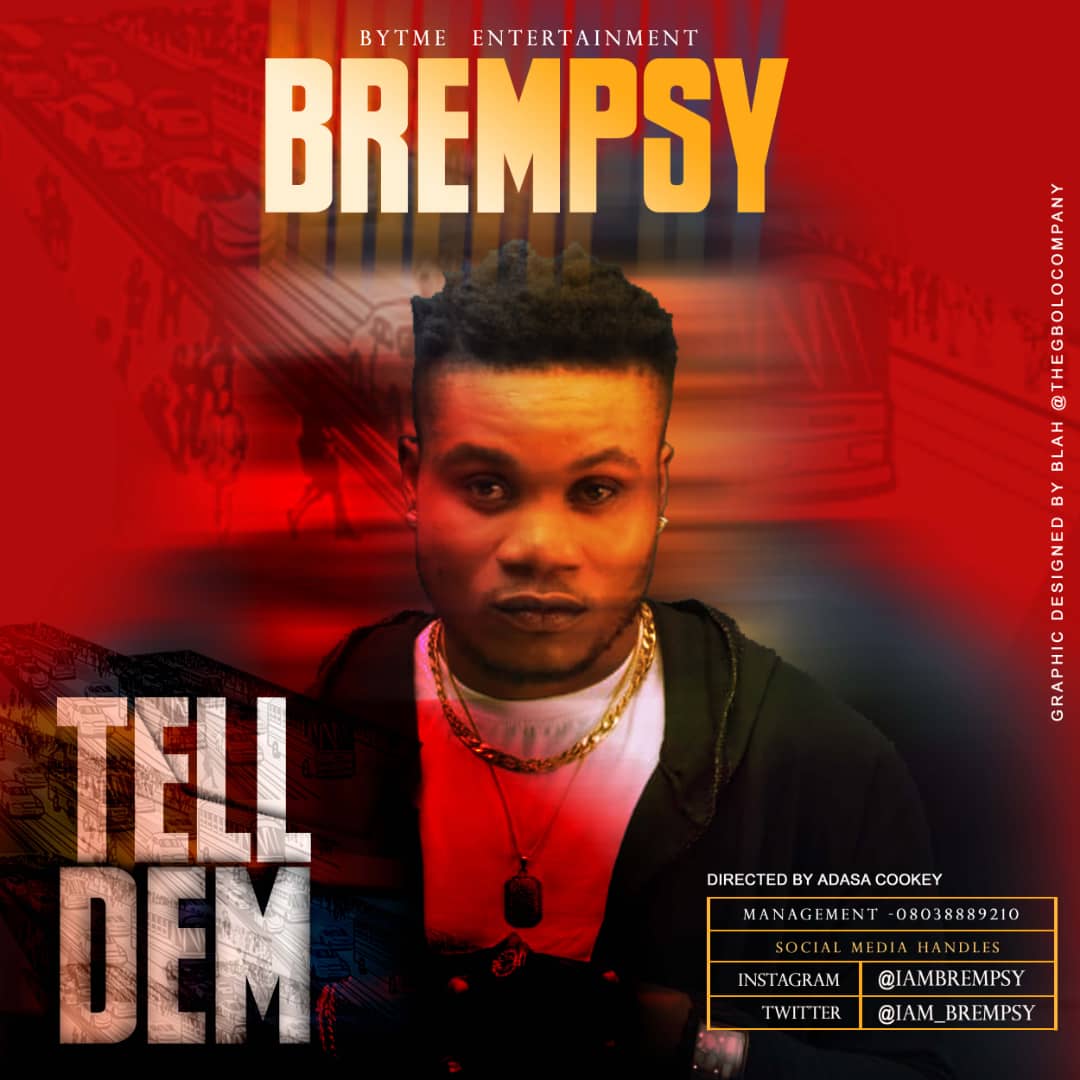 Brempsy drops the visuals for his highly anticipated song “Tell Dem” as directed by Adasa Cookey.

Brempsy a Nigerian afro-pop singer, and songwriter who hails from Bayelsa State and has been active since 2016. Having released songs like Baby Mi, Farabale featuring Nigeria’s Indigenous rapper CDQ in 2017, he also dropped a couple of songs sequel to Tell Dem.

With clean and crisp pictures to further make you fall in love with Brempsy, here comes the video. Watch below!