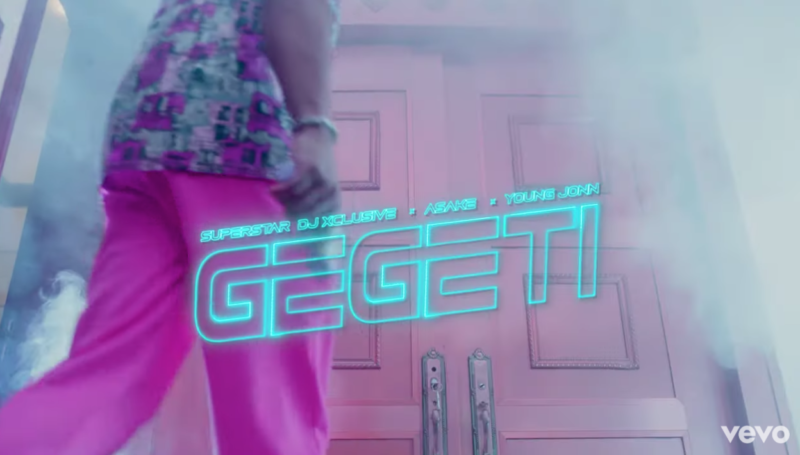 This song is a World, Afrobeat and Amapiano record, produced by P.Prime. It’s a follow up to DJ Xclusive’s ‘Avery‘ single released during the delivery of his first child.

Asake dropped a lovely vocals on this dance record, Jiggy also dropped a verse that’s catchy… This a big vibe!. Get ready to Turn Up!!!

The fun visuals below is Directed by WG Films , he shot a house party video for Gegeti. On it DJ Xclusive is seen partying with hot girls and spending boys inside his Mom’s crib without her knowledge. Watch the full video to see what unfolded…

[Video] Laycon On Jimmy’s Jump Off

After so many years of discrete sounds made with flexibility "Raji Abdulkabir Mayowa", whom known as PRAYY for his stage...

[Video] Laycon On Jimmy's Jump Off