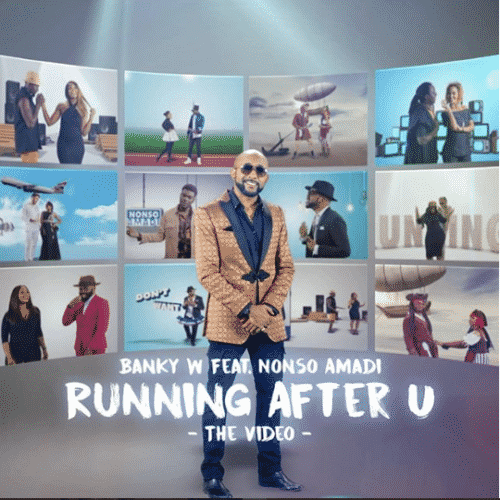 Releasing his 3rd video for the year, Empire Mates Entertainment lead act, Banky W makes available the musical video for the number “Running After U” which is a track off his 2017 Extended Play titled “Songs About U” which is a compilation dedicated to his wife, Adesua Etomi.

The new musical video features vocals from talented singer, Nonso Amadi and both acts made quite an impressive performance in the star studded musical video directed by Banky W.

Nobody’s perfect, but you can be perfect for each other – you just have to find someone worth trying for. Run after her, then run with her, until you conquer forever together.

Can’t you see
Recognise that you and me
We’re on a right track, Eternally
(tell me would you like that?)
Said I’m falling in love that is why I am running