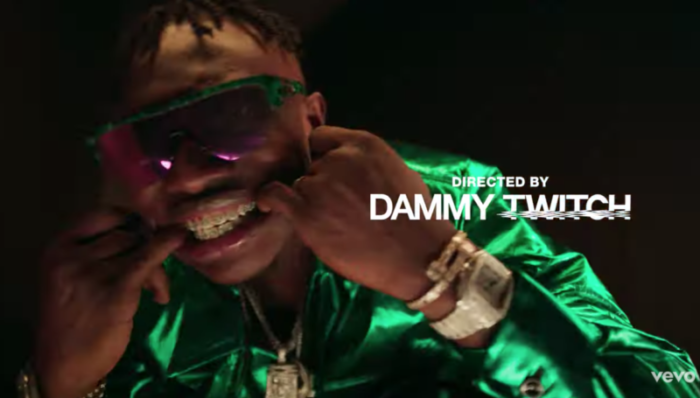 Year 2020 wasn’t a bad year for the Zanku record boss. He started the year with two banging songs; ‘Quilox‘ and ‘Unripe Pawpaw‘ before dropping an EP titled ‘Road To CDK‘ which introduced his talented label signees to the world. Off the EP we had the jams ‘Suffer‘, ‘Shomo‘ and ‘The Matter‘. Not stopping there he got featured on some hit songs; ‘Of Lala‘, Viktoh’s ‘Nor Nor‘, Broda Shaggi’s ‘Okoto‘, DJ Kaywise ‘What Type Of Dance‘ (alongside Mayorkun), Rexxie’s ‘Opor‘ and the Bella Shmurda’s Mega hit song – ‘Cash App‘. Above all these, Zlatan Ibile ended 2020 with the Hit song, Lagos Anthem which is still bursting speakers and parties.

Cho Cho features; Mayorkun is Nigeria’s fastest rising music act. He made his debut in 2016 with Eleko and has since then won several awards including the Headies & has also steadily churned out back to back hits under Davido’s music imprint – DMW.

The newly produced P.Priime produced-song is a heavy tune with catchy lyrics, addictive back-ups/ad-libs and dance vibes well delivered by Zlatan, Mayorkun and Davido. You can’t ignore this at first listening… If you are yet to be infected by the Cho Cho Virus, the visuals below will get it into your system.

As Directed by Dammy Twitch, Watch and Enjoy the Flashy Video