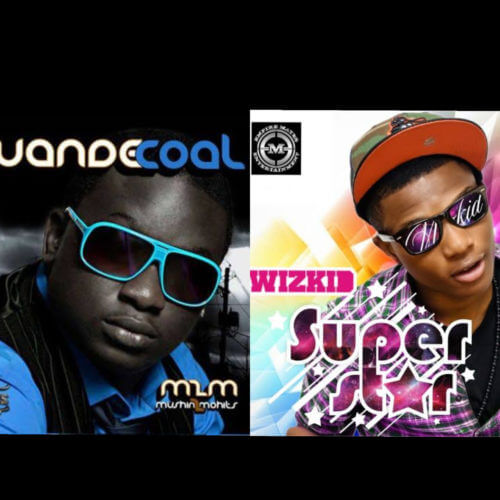 It’s Thursday today and it automatically makes it a day when our versus throwback publication comes up.

On today’s session, we would be putting up against each other, 2 of the biggest albums that ever have been released in the Nigerian music industry. These albums are Wande Coal’s “Mushin 2 Mo’hits” and Wizkid ‘s “Superstar.”

Wande Coal dropped this masterpiece on April 9, 2009 to a majestic reception from music fans. The 16-track album had hits like “You Bad,” “Bumper To Bumper,” “Ololufe,” “Taboo,” “Jehovah” and many other massive tracks that made the Black Diamond a toast of many music followers. The album was released under the guidance of Don Jazzy and D’banj, a major reason why it is a classic.

This awesomely crafted musical composition is tipped by many people as the biggest music album ever to be released in Nigeria. Wizkid, under the direction and guidance of Banky W released this 16-track album which changed the music game in Nigeria. “Superstar” will forever remain a classic and always will continue to bring awesome memories to the teenagers of that era. Songs like “No Lele,” “Love My Baby,” “Scatter The Floor”and infact all other songs were hits and till today remain on the playlists of music fans.

Wande Coal‘s “Mushin 2 Mo’hits’ VS Wizkid’s  “Superstar” – Which Is Better?