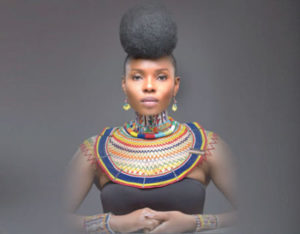 Singer, Yemi Alade has condemned her female industry colleagues for not being supportive of each other in the music business, report claims. According to reports on the Instagram page of Goldmyne TV, Yemi Alade ranted about the subject on Snapchat and she encouraged female artistes to emulate male counterparts.

“Ladies can we just get together, respect each other and not put ourselves against each other,” the singer stated.

She added, “Because we put ourselves against each other, the whole world always put us against each other. I know about female artistes who when you want to feature them on an album, they have to be the only female artiste on that album. If they are not the only one on the album they won’t feature, that is why we are so few. It’s so petty, we are the cause of our downfall. Go and see the guys and see how they are doing well and killing it, it’s by cooperation and division of labour, we can’t do it alone.”