Yung6ix Gives In To Pressure, Flaunts His ‘JD’ Diamond Pendant On Social Media 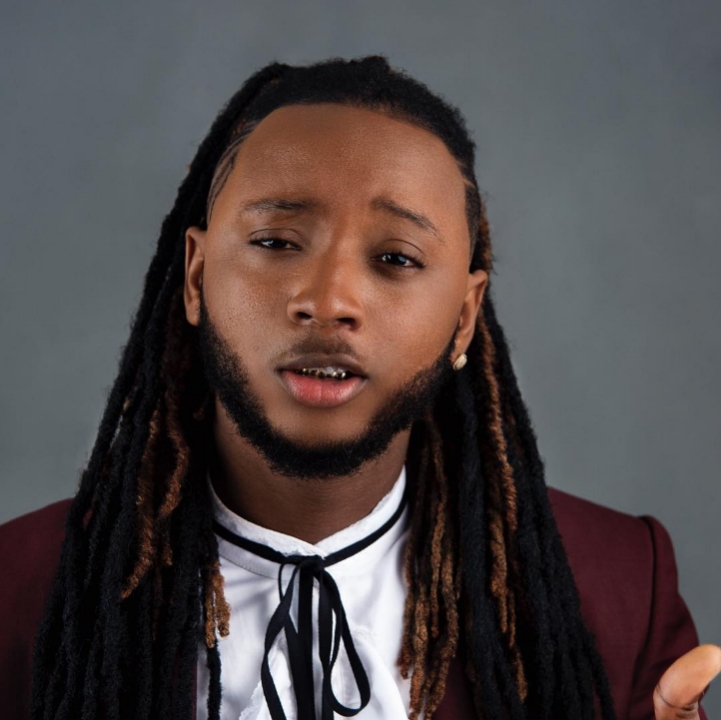 The 31-year-old  artist took to social media to flaunt his customized JD diamond pendant, after assuring fans he will never be like other celebrities who spend all their fortune on jewelry pieces.

In his post, Yung6ix revealed that he is not crazy about diamond pieces but he just wants to prove to ‘these kids’ that he can afford the ice collection whenever he wants. In his own words, he wrote:

“I am not big on Jewelry Cuz that ain’t what the JD life is about, at the same time gotta let these kids know I can afford to put their newt worth on my neck if I feel like. Am with the Realestate/properties over Jewelry Gang

Some People spend so much time trying to prove to others that they are much instead of actually putting effort to be rich. I don’t understand that sh**” 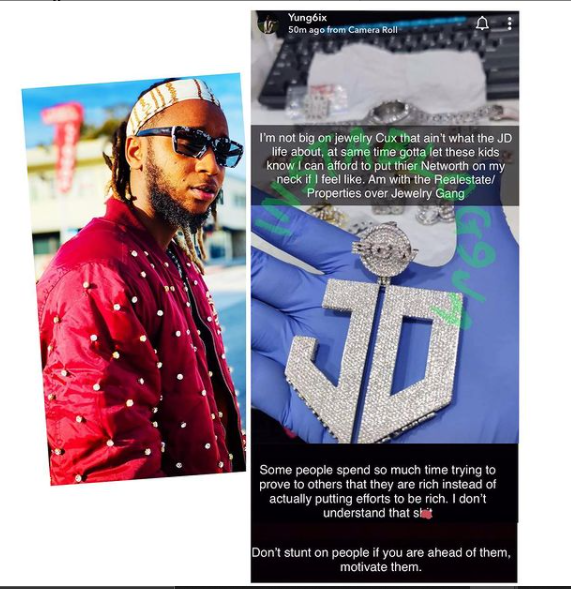 Though he didn’t mention the names of the so-called kids, we suspect he might be referring to the likes of Davido, Wizkid, Naira Marley, Burna boy who are regulars at showcasing their jewelry collection on social media.

Recall in 2020, Yung6ix took to his page on Twitter to lament how he lost jewelry worth N8.5m ($22,000) in the space of 2 years. He also revealed that he and diamonds had a nasty relationship after what happened to him in the United States.