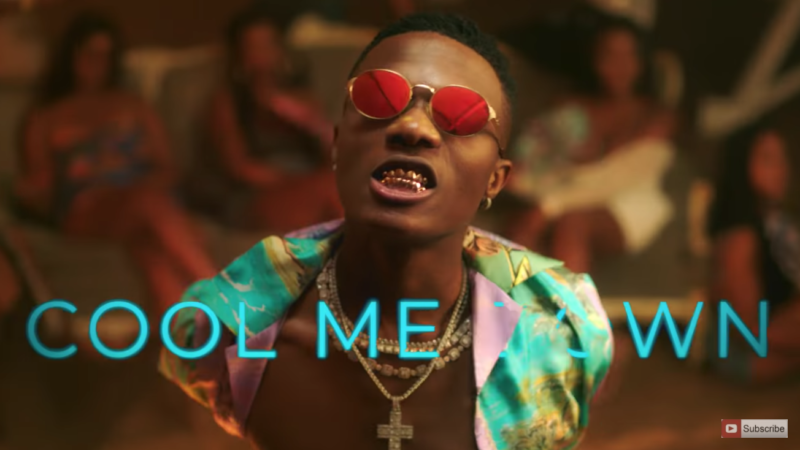 DJ Tunez and Starboy Wizkid releases ‘Cool Me Down Video’, A crispy visuals for their new joint… Enjoy!

“Cool Me Down” is the latest jam from Starboy’s Official disc jockey, DJ Tunez and boss Wizkid. DJ Tunez releases this new banger after teasing us with the recent ‘Gbese 2.o‘ remixed by Spax (a remake of Tunez and Wizzy’s 2019 joint ‘Gbese‘).

“Cool Me Down” is a follow up to DJ Tunez’ most recent released body of work ‘Love Language Vol. 1‘ Seeking, searching and finding love through the soothing sounds of Africa featuring some of the continent’s brightest stars. DJ Tunez links with musical partner in crime, D3AN, to deliver five breath taking records.

Nigerian born London based producer, P2J is worthy of praise for the production of this brand new Afrobeat record from the stable of Starboy. The music producer has been holding Afrobeat and push it to the world more than any other producer. He has also worked with the likes of Burna Boy, Tiwa Savage and push them to the big International scene linking up with the likes of Goldlink, Chris Brown and Beyonce among others. He was the major producer on Beyonce’s The Lion King; The Gift Brown that housed ‘Brown Skin Girl‘, ‘Ja Ara E‘, ‘Water’, ‘Don’t Jealous Me’, ‘Keys To The City‘. He also produced Wizkid’s recent single ‘SMILE‘ featuring H.E.R

In addition “Cool Me Down” was also co-produced by Spax (a Nigerian music producer that brings feelings, emotions into music production. He does his own Afrobeat from a whole different angle, infusing different sounds) and DJ Tunez himself.

Wizkid while announcing the release of this new jam tagged it an Afrobeat dance track and says to Wizkid FC, ‘Let’s fucking dance!! Ijoya!!‘

To pushing the buzzing record further and get it on music charts Starboy releases ‘Cool Me Down Video‘… Shot in the UK, Directed by Earthboi for JM Films. Watch below