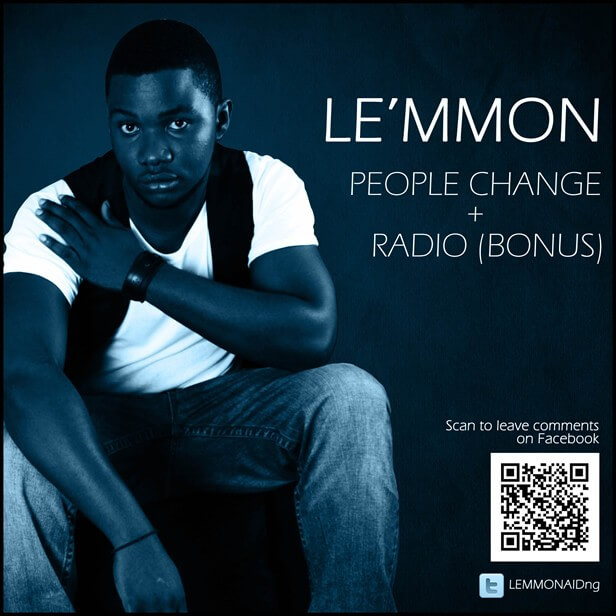 Le’mmon continued to pursue his musical ambition by performing alongside major acts locally. He captured the audience with his warm silk voice and his excellent stage craft had the crowd and musicians applauding him.Late last year he released his debut singles – Have U Seen Her and Luvin’ That All some classic fly R&B music which endears him to the ladies’. Not slowing down one bit having been on his grind all this while, he drops new joints on us.

Le’mmon slows it down yet again on his new singles – People Change and Radio. People Change is a soul-inspired cut off his album which is still in the works. On the tune, the RnB crooner reflects on a relationship which changes due to fame. Radio on the other hand, which had been previously released but didn’t get the desired push, talks about his travails in the Nigerian music industry.