MI Abaga’s “The Viper” VS Vector’s “Judas The Rat” – Who Is Winning This Rap Battle?

Previous: IBADAN RECONNECT TO ITS ROOTS WITH ORIJINAL NIGHT ON INDEPENDENCE DAY 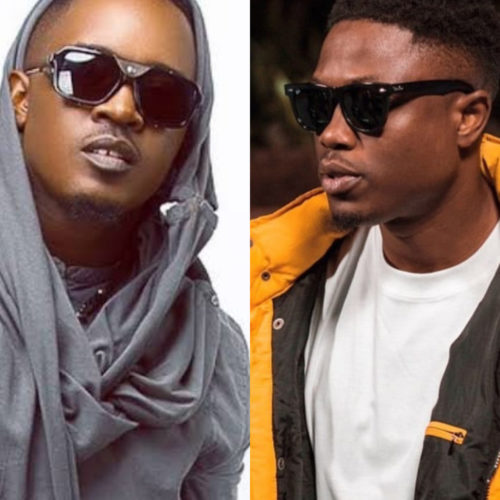 The beef between two of the greatest rappers in Nigerian Hip-Hop history has been existing for a long time, but its effect on the music industry in general has been mild until about a month ago when MI dropped a cypher for Martell alongside Loose Kanyon, Blaqbonez & AQ.

MI dropped a whole verse that Vector felt was directed as a diss at him. But as a lyrical monster and rap genius that he is, Vector felt it wouldn’t be a sensible thing to keep quiet and watch without making a counter-attack. And just some days after, Vector got in the studio with Payper & Vader on “The Purge,” to try to put some things straight with MI. At this point was when everything became explosive as the internet got shaken. People started clearing the field as they knew a battle that could end up being the biggest battle in Nigeria’s Hip-Hop history was imminent.

A lot of people gave opinions on the internet propagating the fact that Vector murdered MI on “The Purge,” thereby requesting that if MI wanted to protect his legacy and the “best rapper ever” tag, he’s got to reply. MI however listened days after, dropping a massive record; “The Viper,” in which many people agreed shattered Vector’s response as they felt he truly slain the Lafiaji rapper.

However, like a game of Ping Pong, fans wanted “the egg” to go back and forth. They revealed with MI’s “The Viper,” Vector was left a track behind in being on par with “The Chairman” in what has been turned a rap battle by rap fanatics. The rap industry had paused other activities, channeling their energy in pushing Vector to make a comeback. That energy finally becomes productive today, October 11, 2019 as Vector releases a response-track; “Judas The Rat” to address MI’s “The Viper.”

As expected, the internet has been blown up! People have started to compare which of the two rappers are winning the battle. Some believe MI is having the upper-hand while others think Vector is actually ‘killing’ him. What do you think?

MI Abaga’s “The Viper” VS Vector “The Purge” – Who is winning the battle?

Nifemi is a graduate of the University of Lagos. He's a unique user of the pen when it comes to the expression of whatever. He is editor-in-chief of the organization and also a writer of news, articles, editorials and a lot more to help expand the level of knowledge of the readers and simultaneously have them entertained. A lover of music and football is who he is and a Man Utd die-hard.
Submit your comment
103 total comments on this postSubmit yours
Newer Comments →