Mr P Denies Making A Promise Of 60 Million To Tacha, Vows To Give 10 Million To Anyone With Evidence || Watch Video 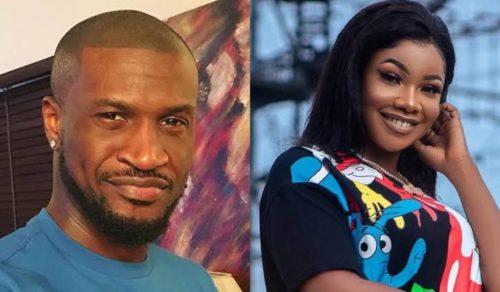 Mr P is currently fighting tooth and nail to save his integrity after fans dashed to his page to fulfil the alleged promise of the sum of sixty million naira he said he would give Big Brother house mate, Tacha if she gets disqualified.

You all are already aware of Tacha’s disqualification from the game earlier tonight. Meanwhile, after she got disqualified, social media followers stormed the page of Mr. P to remind him of his alleged promise to Tacha and also to force him that he should make sure he fulfils it. On seeing the influx of reminders from fans, Mr. P quickly made an Instagram video with popular blogger, Tunde Ednut, revealing that he never made a promise of 60 million naira to Tacha.

He also said if there is anyone with the evidence of where he said he would give her sixty million, he would bless that person with ten million naira.