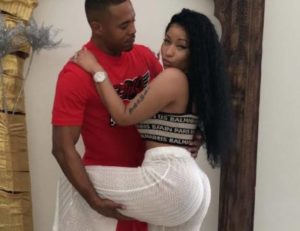 Nicki Minaj has caught lots of strong criticism in the past two weeks after she revealed who her new boo is.

Internet diggers quickly revealed that Kenny Petty is a registered sex offender and was previously convicted for killing a man.

While Nicki has brushed off the criticism, The Blast has obtained the victim’s detailed account of the incident and it is truly horrific.

The 16-year-old victim explained to police that she was allegedly kidnapped before being raped. The victim told police that Petty approached her from behind in Queens, NY before he “placed a hard circular object” to her back and “made a clicking sound.”

The victim, convinced it was a handgun, and took his instructions when he told her to “keep walking.”

She claimed that he took her to a place down the street and forced her into an upstairs bedroom with the gun still pointed to her back.

She alleges that he “laid his weight on top … pinched her sides and squeezed her neck causing her to sustain bruises and pain” before he “forced his penis” into her vagina.

The victim claimed that she made an attempt to leave the scene, but Petty pulled out a knife, put it against her stomach and told her that she “could not leave.”

She said that she eventually escaped after striking Petty with a plastic bottle.

Police claimed that he questioned his arrest when they went to his home, asking “what am I being arrested for” and claiming that he didn’t do anything.” He later admitted that he slept with the girl before.

Petty was convicted of attempted rape in the first degree after copping a plea deal.

He served four years behind bars and is currently registered as a sex offender.

“Nicki Minaj’s New Boyfriend; Petty’s Horrific Criminal Activities Digged Out”, 5 out of 5 based on 1 ratings.