Previous: US Rapper; Jay Z Becomes The First Ever Hip-Hop Artiste To Become A Billionaire 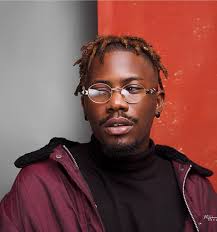 Rapper, Ycee has revealed the name of his incoming debut album.

The rapper who already has one music project to his name, an Extended Play (E.P); “The First Wave EP” which he released in 2017 took to his social media pages hours ago to reveal the name of the incoming project.

He reveals the title of the forthcoming album to be “Ycee Vs Zaheer” urging fans that a time will come in which they would have to choose which of the two they would prefer to have on their playlists or see on their screens.

This seems weird though, but it has succeeded in setting a lot of people in the mood to having the album drop.

“Rapper; Ycee Unveils Title To His Forthcoming Debut Album”, 5 out of 5 based on 1 ratings.