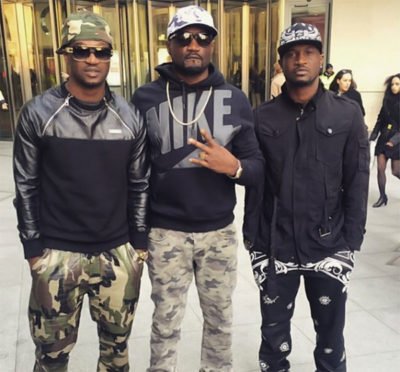 The feud between the  P-square brother does not seem like it is coming to an end.  The now seperated  duo celebrated their birthday on Sunday the 18th of November. The wife of Mr P (Peter 0f P-square), Lola Omotayo wished the twins a happy birthday and also prayed that God softens their heart so they can reconcile.

But it seems Rudeboy (Paul of P-square) took the message the wrong way as he made a post insinuating that she was being a hypocrite. Their eldest brother, Jude Okoye also came out to support Paul’s claim with his comment under the post. This happened after Peter celebrated his wedding anniversary two days before by posting a long message about how he promises to stand by his wife even against his family.