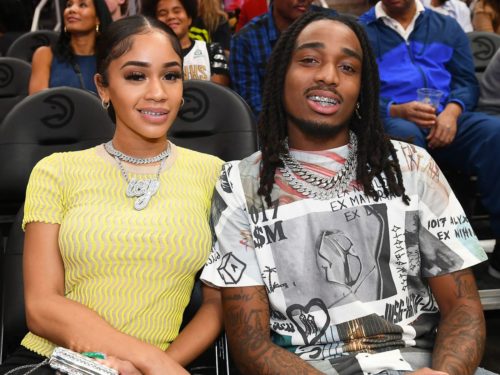 Months after their ugly social media fight, Quavo and Saweetie have been rumored to be getting back together.

The rumors come following a report by Media Take Out that Quavo purchased a New York City condo and registered it in Saweetie’s name.

Also, other sources like DJ Akademiks and Hollywood Life have reported that the former couple has been spending time together recently. Over the weekend, they both performed at Summer Jam, so it is very possible they hooked up there.

The new development has left fans confused and wondering why Saweetie would end up going back to Quavo, following the cheating and domestic violence scandals and accusations.

You will recall that we earlier reported that Quavo took back the Bentley he got Saweetie lastd December folowing their split.