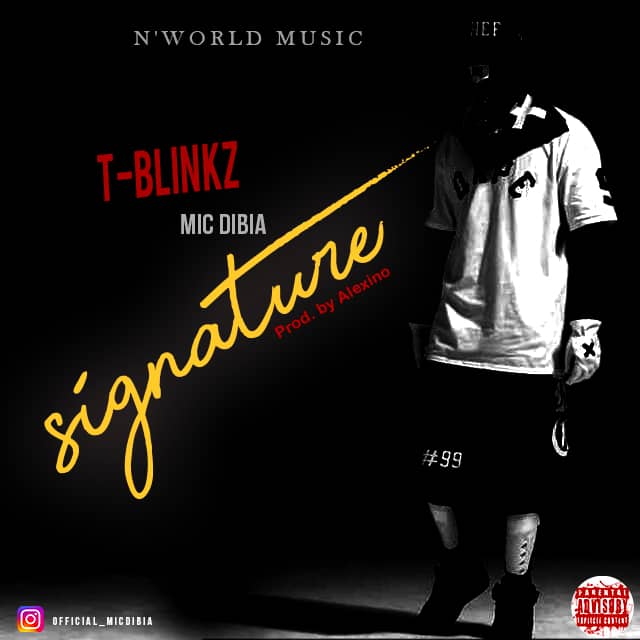 Raga Igbo boy T-blinkz Mic’dibia who is the chief priest of the East has been one of the most promising young talent coming from the South East part of Nigeria in West Africa. He has been making us proud with his unique flows, skills, concept and styles in his musical career.

Bringing to us the highly anticipated song of the moment tittle ”SIGNATURE” which was produced by award winning abuja base producer Sir Alexino. No doubt, he added in a very conceptual visual linking to the lyrics of the audio, which was shot and directed by BUKASHOT PICTURES.

We are very much happy to say that this is the real definition of hip-hop, and with this, T-blinkz mic’dibia has proved that he recognize the hip-hop culture and he is here to stay. Added to his achieved, the Raga Igbo boy has some couple of songs and videos like, ”Agidigba” featuring Slowdog, ”Trigger” featuring Magnito, ”Local Disciples” featuring BOC Madaki and ”4mula” featuring SPG.

No one can change God plans when it time, T-blinkz mic’dibia is ready to break the music scene with his songs. And as we await his next collaboration with Sugar Boy of G-worldwide, let’s keep the downloads coming and support the brand.

Watch the video for “Signature” below