This Week On #TecnoOwnTheStage Our Hearts Are Broken Twice 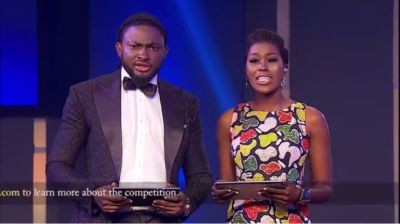 Tecno own the stage came back this week with double the fun and the excitement, Uti delivered on his promise of a surprise last week with the beautiful Vimbai Mutinari joining him as co-host. This week’s theme was love and heartbreak {Get your tissues ready people!}. The contestants had their confidence boosted this week as they got to meet their mentors, Nigeria’s ID Cabasa, Antonio Sol and A. Y.

With the confidence level a notch higher, Ramar254 opened the floor with Kcee’s “I’m Missing you”, the Kenyan who was the star performer of last week performed averagely, M. I noted that he was playing safe, noting that the competition had gone way past beyond that point, Yemi also echoed his sentiments.

Zoccou was next up, performing Alicia Key’s “Falling”, Zoccou did well, although she seemed to be struggling with the high notes, which the judges noted, they however praised her attitude and her performance.

Because what’s a breakup week without an Adele song, eh? Up next was Tanzania’s Nandy performing “Rolling In The Deep”, Nandy’s performance earned her a standing applause from Bien and an OMG from Yemi Alade, the judges were certainly rolling deep in Nandy’s performance.

Up next was Jeff Mduma from Tanzania performing Diamond Platnumz’ “Ukimuona”, unfortunately Jeff forgot his lyrics half way through the performance, and the judges were less than pleased with this, as Ben noted that the song happens to be one of the biggest songs in Tanzania. 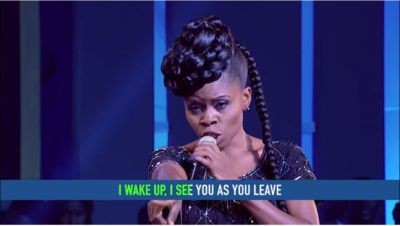 Shapira Makepeace was up next with Asa’s “Bibanke”, the Nigerian contestant nailed the performance; the audience were blown away, and the judges couldn’t agree more!

Mary performed Fergie’s “Big Girl’s don’t Cry” next, the Kenyan performed beautifully, however M. I had some bad news, some of her notes were flat, and he encouraged her to get those notes on key if she wanted to move ahead in the competition.

Tosin had a bad outing the last time, as she stumbled with her lyrics, she wasn’t however able to unbreak the judges heart this week as her performance of Toni Braxtons, “Unbreak my heart” saw her misplacing the lyrics yet again. Bien noted that even though she forgot her lyrics she still sang beautifully

Kenya’s Yubu performed Bonnie Raitt’s “I Can’t Make You Love Me”, which earned him a standing ovation and some goosebumps from Yemi Alade’s, M. I was also plenty impressed.

Gasby was next performing Roxette’s “It Must Have Been Love”, he wasn’t able to impress the judges.

Sikin was able to put a smile back on the judge’s face with Waje’s “No be you’. 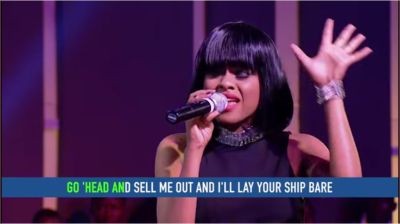 The last performer of the night was Pascal with Jason Mraz’ “I won’t give up”, the judges noted that the Kenyan who was in the bottom three last week had woken up from his slumber.

It was time for the real heartbreak as eviction time came, Gasby, Tosin, Jeff and Ramar254 were called up for eviction. And without much ado, Gasby and Jeff were sent home.

To answer the questions and win, you must visit www.tecnownthestage.com

You can watch the repeat broadcast on:
Tuesdays – Maisha Magic East and Maisha Magic Bongo at 18:30 CAT
Wednesdays – Africa Magic Family at 19:00 CAT