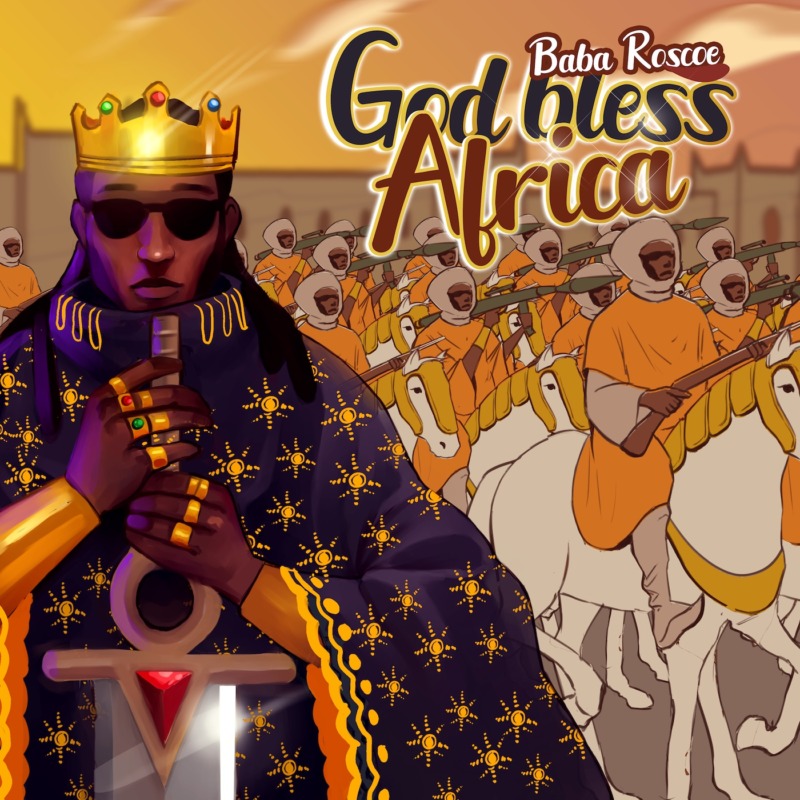 Following on from the success of his previous singles – the dancehall influenced ‘Wine Girl’ and the Afrosoca fusion ‘Into You’ – which have amassed over 50,000 plays in just four months, and seen him garner strong international support from the likes of Hip TV, Ark 107.1 FM and ADJ Radio, London-based Nigerian singer, rapper and songwriter BABA ROSCOE is excited to release his debut album titled ‘GOD BLESS AFRICA‘.

Often referred to as ‘Minister Vibes’ for his vibrant personality, catchy and infectious hit tracks, and his energetic live performances, which have seen gaining fans across Europe, while performing in Holland, Turkey, Switzerland, Spain and Germany, just to mention a few, Baba Roscoe draws his inspiration from African music pioneers such as King Sunny Ade, Ebenezer Obe, Fela Anikulapo-Kuti and Lagbaja, as well as Afrobeats leaders like Davido, Wizkid, D’Banj and Burnaboy, among others.

From ‘Wine Girl‘, which was birthed from a dream, according to Baba Roscoe, to the spiritual ‘Holy Father (Give Thanks)‘, to the very timely and hopeful ‘Covid‘, which aims to reassure listeners amidst the current global pandemic, to ‘Clap‘ where Baba Roscoe is appreciating the hard working women in his life, and ‘African Woman‘, which pays homage and shows appreciation to black women, Baba Roscoe has delivered a bold and captivating body of work for his debut project.

Not only does Baba Roscoe’s “God Bless Africa” album make for a bold and captivating listen, with strong storytelling gems and hopeful messages for the current climate, the project is also sure to take over the radio airwaves and conquer all the social-distancing dance floors across Africa this summer, on the back of such future hit tracks like ‘Butterfly‘, ‘Hot Like Lagos‘, ‘Show Me‘, and the album’s latest single ‘Before We Say I Do‘, among other fan-favourites on the God Bless Africa album.

Listen to ‘African World’ by Baba Rosce below