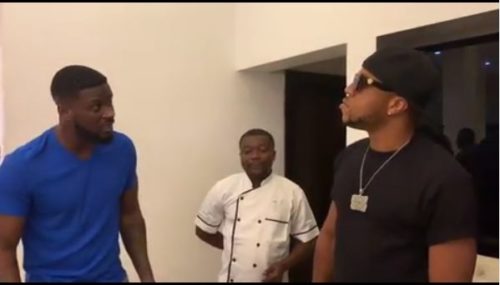 Nigerian music celebrities for some days now have been getting more involved in social media comedy skits and it really has been pleasing to watch.

While Davido, Wizkid and few other celebrities have got involved in short video skits on social media, the latest person to join that league now is former P-square co-member, Mr P. The “One More Night” singer who is known to possess some acting skill after his part in Nollywood-international actor, Genevieve’s multi-million naira movie; Lion Heart” has now collaborated with another Nollwood actor, Charles Okocha popularly known as Igwe 2Pac to deliver this hilarious video skit.

In the video, an argument erupts just as Mr. P and Igwe 2Pac were about to have a meal and the end is what really is funny.